STP Learnings - Over and Under 20's

Now that Single Touch Payroll has been expanded to include all employers, this session will be reflecting on the past year of STP, especially with the inclusion of smaller employers.

Ian Gibson will be sitting down with the ATO's Single Touch Payroll Lead, Jason Lucchese, to discuss their insights and learning from the implementation experience in this fireside chat. Ian and Jason will share their respective points of view on what worked well, what did not and how this may help shape future changes to STP.

Most importantly, we will be taking a look at what's next for STP and any potential effects on the business software industry.

Jason Lucchese, Assistant Commissioner - Single Touch Payroll, Superannuation and Employer Obligations, Australian Taxation Office
Jason is the ATO's Program Lead for Single Touch Payroll. He is responsible for leading and driving improvements to employers' experience reporting tax and superannuation to the ATO. He works closely with industry, advisors and other regulatory agencies. Jason has been with the ATO for 19 years and has held Assistant Commissioner roles in Superannuation, Debt and ATO Corporate. He lead the ATO's SuperStream initiative, APRA fund engagement and delivery of APRA fund event based reporting to the ATO. 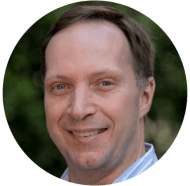 He played an instrumental role in transforming the technology at the core of SuperChoice, Australia's leading cloud-based superannuation management, Single Touch Payroll and clearinghouse platform.

He is also the Chairman of the Gateway Operators' Association (GATE); a Non-executive director of the Australian Business Software Industry Association (ABSIA) where he also leads the Security SIG; and a Non-executive director of the Gateway Network Governance Body where he also chairs the Security Committee and is a member of the Remuneration Committee.