Over the past month, we have seen a lot of work happening within the e-invoicing space both internationally and locally. Here is a quick run down of some of these events:

Continue reading below for more information on these updates.

What is New With Peppol?

The names for 'OpenPEPPOL' and 'PEPPOL' have now been replaced by the more simple 'Peppol or 'OpenPeppol''. This comes with their new branding including an updated logo and new catch-phrase "Connect Once. Trade with the World." Take a look on their website.

The new Peppol BIS has been released as a part of their Fall Release and there is a continued focus within Peppol on the migration from AS2 to AS4.

Peppol Working Groups have officially kicked off. ABSIA currently has representation of the eDelivery groups and the international invoice working group. Updates from our representatives are posted to the Forum periodically.

The e-invoicing legislation has now passed through parliament and the ATO are officially Australia's Peppol Authority. Updated information for both Australia and New Zealand can now be found on the official A-NZ Peppol GitHub. Find out more about the accreditation process here.

We now look forward to the official Australian Peppol launch.

The Australian Government have announced their commitment to pay all e-invoices below $1 million within 5 working days from 1 January 2020. The Department of Finance and Services as well as Services Australia will be the first government departments to adopt Peppol e-invoicing with other agencies implementing over the next year.

We heard from Mark Stockwell and representatives from the NZ, NSW and SA government at our Annual Conference to discuss how the government is looking to drive e-invoicing adoption and provide incentives to those who adopt. It is great to see that since the legislation has passed, there is already this commitment. 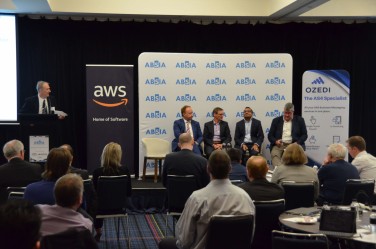 The Ministry of Business, Innovation and Employment have officially launched Peppol in New Zealand with two events in Auckland and Wellington on 13 and 14 November respectively. ABSIA Members were among the attendees at these events and Simon Foster represented ABSIA. 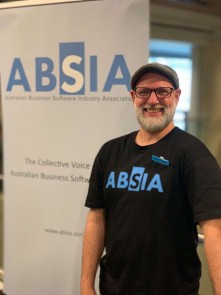 Simon Foster at the NZ Peppol Launch event in Auckland

We look forward to assisting our members and the industry in adopting Peppol e-invoicing and furthermore working with the government on opportunities to drive demand and educate businesses about the benefits of e-invoicing.

Stay up to date by signing up to our newsletter and continue conversations about e-invoicing on our Forum.