At the upcoming AGM, there will be four (4) Director positions on ABSIA's Board that will be renewed, and there are five (5) nominees for these positions. As the number of nominees exceeds the number of vacant positions, there will be a vote. ABSIA members are strongly encouraged to do electronic voting by proxy ahead of the AGM through a survey that will be sent to all eligible members who are entitled to vote.

Electronic voting will commence on Monday, October 15 at 9am (AEST) and will close on Friday, October 26 at 5pm (AEST).

Results will be announced at the AGM which will be held on Tuesday, October 30 at 3pm. The current ABSIA Board and Director nominees are requested to attend in person, and all members are invited to attend the AGM via Zoom teleconference for registration of the attendees. 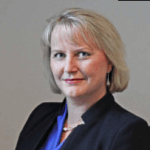 Marjukka is a results-driven business leader, who has worked in ERP/HR software, consulting, BPO/SI companies for over 20 years, having carried full P&L responsibility for business sectors across Nordics, UK/IE/South Africa and ANZ/Asia Pacific. Since 2013, she has been based in Sydney where she lives with her husband and two children.

Marjukka most recently led the Ascender HCM (formerly Talent2 payroll) transformation as the CEO, after it acquired NGA HR ANZ in January 2017. Ascender HCM is one of the largest Payroll software and services provider in the Australasian region, servicing organisations ranging from local SMEs to large government, NFPs and multinationals. Prior to that, she led the NGA HR ANZ growth, and as the ANZ Regional director and a member of NGA HR Global Exec team, she was instrumental in the NGA ANZ business sale and integration to Ascender. Earlier, Marjukka worked for IBM and KPMG in London and Helsinki.

Given her global CEO/Senior Executive experience in the software industry, as well as recently graduating from AICD, she is keen to join the ABSIA board to drive ABSIA to become THE association for the software industry. With her extensive senior network in the Australian (and international) software community and her strong commercial, negotiation and influencing skills, Marjukka can bring value and a fresh perspective to ABSIA. 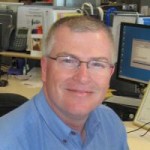 Mike has over 28 years of experience as a project manager with CSC and MYOB. Mike takes great pride in providing accurate solutions to connect businesses with accountants and governments.

Mike has worked on projects developing software to meet future client needs and government requirements, including working with the ELS lodgement systems provided by the ATO for Tax agents. Mike has had hands-on experience in meeting the needs of a rapidly changing business environment in Australia with the evolution of such technology seeing it now replaced by Standard Business Reporting methods.

Mike brings to the board a wealth of knowledge, an understanding of the history and the need to collaborate between the government and the software industry in order to maintain the pace and keep up with the growing demands and pressures from Australian consumers. 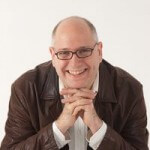 As a technology entrepreneur with experience across Europe, Asia and North America, I have garnered more than two decades of experience for early stage and high growth technology startups, mid-size enterprises and multi-nationals. I have a degree in Computer Science and began my career in systems administration and engineering, so also have hands-on experience of software development.

As founder and CEO of Squirrel Street (formerly Shoeboxed Australia), I have had the privilege of being involved at the ground floor of cloud accounting in Australia and working with SMEs and accountants and bookkeepers. After being invited to join the Digital Business Council eInvoicing Working Groups in January 2016, I became aware of the work that ABSIA does, and shortly after was co-opted on to the board. I was properly elected in October 2016 and have served as Treasurer since then.

In my time as Treasurer, I have focused on two tasks:

I am proud that as a result of achieving these aims, we have been able to employ our first permanent staff member a few months ago.

ABSIA has a growing role to play in the business software industry in Australia. We do not just need to react to compliance changes from the government but can actively influence the uptake of digital technologies across the economy and promote our industry internationally. Australia leads the world in SME cloud accounting, and that introduces a new ecosystem of businesses that can be brought into the ABSIA fold.

Should you choose to elect me, I look forward to continuing to serve the ABSIA Membership as a Director, promoting our industry and growing ABSIA.

I have over 25-years working in the technology sector and bring a wealth of experience working with business and government designing and implementing technology solutions. As co-founder of two successful startups, I understand the issues facing software businesses trying to make a go of it under demanding technical and business conditions. I have worked closely with Government on the establishment and implementation of the SuperStream network and SBR 2 initiatives such as Single Touch Payroll. I am also a passionate advocate for the Digital Business Council's eInvoice Framework and the benefits it can bring companies and government, and importantly how the business software industry and grow with the National and International adoption of common eInvoicing standards. I have represented the Australian DBC at one of the world’s leading eInvoicing conferences in Europe where I presented the Australian eInvoicing framework and progress.  In my role as a Director at MessageXchange, I have been involved with implementing B2B messaging and eInvoicing solutions for some 20-years. I am currently serving as a director of the Gateway Network Governance Body, and for many years been working to ensure the security, reliability and stability of the digital networks that all the ABSIA members are affected by.

I was recently invited to join the board of ABSIA, and should you elect me to continue that role I will be focussed on driving open communications with Government for collaboration in the planning and design phases (rather that after the fact) for the on-going changes required of software developers by the government. Those changes need to be communicated early, clearly, and in detail. I will also work to drive the adoption of a common eInvoicing framework with Government, as the biggest buyer in the economy, stimulating demand and therefore an opportunity for ABSIA members. 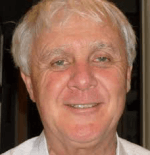 David Field has been deeply involved in a variety of industry positions for several decades.

David is a director of Ozedi Holdings Pty Ltd, a leading SuperStream gateway and a Sending Service Provider for Single Touch Payroll. Ozedi is also a provisionally accredited Access Point for the innovative e-invoicing framework developed by the Digital Business Council.

In 1999, he was one of a small group of software developers to form the Software Developer Consultative Group (SDCG), a group created by the ATO to assist with the implementation of the GST and Tax Reform. David remained very involved for 15 years with the SDCG until it was supplanted by ABSIA.

In 2012, David, in conjunction with a committee of software developers established the Australian Business Software Industry Association Limited (ABSIA). David was founding President and Chair of ABSIA and has remained on the board of ABSIA throughout.


David brings to ABSIA the ability to view the big picture as well as being able to grasp the minute detail of specific technical and commercial issues. He also has extensive business expertise derived from his own companies and also from interactions with many clients over 3 decades. He has a firm commitment to ensuring that ABSIA continues to provide core basic services to its members as well as providing strong representation for the members at all levels of government, both political and administrative.